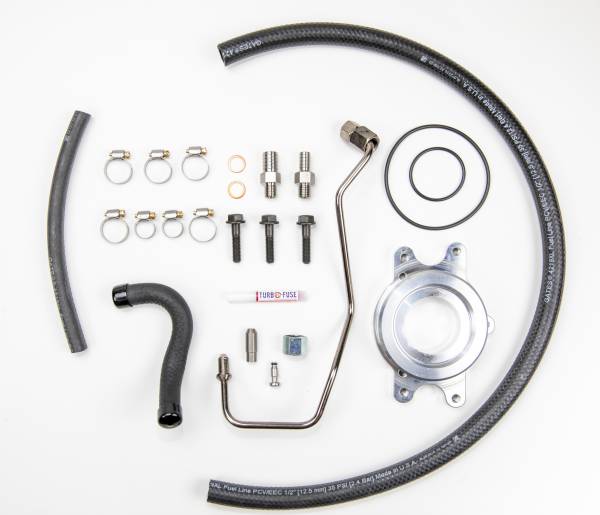 There is no doubt that the CP4 pump found in the LML Duramax has proven to be less than desirable. These pumps have a tendancy to fail for many reasons and when they do fail they send metal shavings into the fuel rails and injectors resulting in the need for a complete fuel system overhaul that will cost several thousand to repair. #1 cause of failure is water or dirt contamination which is not covered under GMs warranty. In order to prevent this from happening we have developed a kit to convert the LML to accept and run a much more reliable CP3 pump that was found in the 01-10 Duramax. Not only could it handle more abuse than the CP4 it's output is also considerably higher which makes it a great upgrade if you're looking for more hp. This kit contains everything needed to swap from a CP4 set up, to a CP3 set up. Lines, fittings, hoses, clamps, adapter plate. More pictures coming soon.